Bring Me Home From the Nursing Home

✓ You can leave the nursing home.

✓ And you don’t have to ever go back.

✓ Everyone who has left a nursing home to return to their home in our care, has never returned to the nursing home. They have lived happily at home for all their life.

You can live safely and joyfully in your own home again and stay there for life. Most of the In Home Care Daughterly Care provides is for clients who have been assessed by ACAT (Aged Care Assessment Team) as “High Care” as Level 3 or Level 4 High Care Needs. We even provide their Palliative Care and End of Life Care.

Daughterly Care’s “Take Me Home Team” regularly, and increasingly bring Elders home from their nursing homes to live back in their own homes.

It might feel like an enormous challenge or an impossible task to you or your family… but frankly, it’s a “walk in the park” for us… because we specialise in providing aged care for High Care Elders and have done so for more than 7,500 families. Remember, we only agree to bring you home after we have visited you in the nursing home and visited your home. So we know we can look after you well.

Case 1 – Edith returns to the heart of her home and family, but it took a legal battle between 2 sons

(Of course Edith was not our client’s real name, however her story is 100% true.)

Edith, like many parents, had given her Enduring Guardianship (EG) and Enduring Power of Attorney (EPoA) to one of her 2 adult children. When Edith’s care needs became more complex, her son who held the EG and EPoA placed his mother into a nursing home, against her will and despite the fact that his brother offered to care for their mother in her home. Edith had the financial ability to pay for care during the day while her son was at work.

Edith was terribly unhappy in the nursing home and begged both her sons to take her home every time they visited… for 3 years.

Every visit was heart breaking. Edith’s second son had no legal power to intervene until Edith cancelled the Enduring Guardian and Power of Attorney and demanded to return to her home as she wanted to accept her second son’s offer to care for her.  The matter ended up in a Guardianship Tribunal where the first son argued his mother had dementia and she didn’t have capacity to make the decision to return home.

So Edith’s son could continue running his own business, Daughterly Care was engaged to care for Edith Monday to Friday from 8am to 6pm in her home.

Edith’s days were much more interesting now… not only was Edith back in the centre of her beloved Woollahra home; Edith was back in the heart of her family. Edith was so happy and appreciative… she was ‘living joyfully again’… now she had ‘quality of life’ and was receiving true person-centred care and consumer-directed care, also called Edith-directed-care. 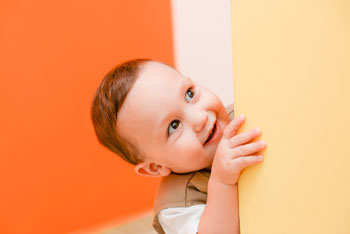 During the day Edith interacted with her grandson and watched him play. Edith enjoyed a nutritious dinner with her son and daughter-in-law each night, and nutritious and delicious lunches made by Daughterly Care.

The same Registered Nurse, Helen Cole, visited each week from Daughterly Care to check on Edith’s well-being and so did her Doctor. Both her Private Nurse and Doctor reported Edith was exceptionally well cared for and in high spirits for the 3 month trial, so the Guardianship Tribunal allowed Edith to remain at home for life.

From 6pm to 8am weekdays and all weekend Edith was cared for by her son and daughter-in-law. As Edith slept well through the night this was not onerous and we had recommended an airflow mattress so Edith did NOT need turning during the night (given she could still move her body).

Of greatest importance, the last 9 months of Edith’s life were love-filled. Edith died peacefully, surrounded by her family’s love, held in the loving arms of her son.

In every measure, Edith experienced a ‘good death’; she was pain free, content that she was back in her own home with her family and her son was holding her as she passed over. She had been listened to and loved. You cannot get a better death than that.

Edith’s son had given his mother, her final wish… to live at home for all her days.

And just as importantly, Edith’s son was able to give his Mother the level of care that he wanted to give her, in a way that enabled him to maintain his business and family life. He could now move forward with his life with ‘no regrets’. (And perhaps now that Mum’s wishes had been fulfilled he and his brother could forgive each other for wanting different care for Mum and repair their relationship.) 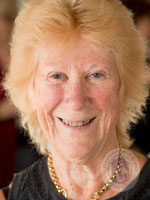 “Don’t be set up to fail… Let us set you up to succeed”
Jean Parlane, High Care Case Manager for over 22 years

“In our 22 years of experience supporting Elders to remain in their homes for life, if you return home from the nursing home, or hospital, with too little care, you will be setting yourself up to fail and then, returning to the nursing home seems ‘the only solution’.

It is far better to have more care upfront to set yourself up to succeed at staying at home for life and then reduce the care once you are re-established.”

The Daughterly Care Live in Care service can:

Peggy had moved into a nursing home and wasn’t happy there but stayed to please her family. When she was later diagnosed with cancer Peggy “put her foot down” and told her daughter, she was going home. Peggy was fortunate she still had her home to return to.

We brought Peggy, a Northern Beaches lady, home from an elite Mosman nursing home and after a couple of months of providing re-enabling and restorative Live in Care Peggy was safely and confidently re-established at home. We reduced our care to twice a day.

We cancelled our Live in Care and instead provided 2 hours in the morning to help Peggy go to the toilet, have a shower, get dressed and groom herself. We prepared Peggy a deliciously nutritious breakfast, just the way Peggy liked it and left her a sandwich with fruit for lunch.

Peggy loved her days in her home and garden. In our late afternoon visits we cooked one of her favourite meals for dinner, just the way Peggy told us she loved it and of course helped her get ready for bed.

Many months later, due to the progression of the cancer, Daughterly Care provided Live in Palliative Care until her Registered Nurse daughter stepped in and provided her End of Life care in Peggy’s home.

We can be there for you for all the days of your life. You’ll never need to return to a nursing home. We can provide palliative and end of life care… so we’ll be there for you every step of the way.

The next step to leave the nursing home:

Remember, we can solely Case Manage your care or we can ‘work with’ your family or friends or Enduring Guardian and guide them.

Daughterly Care is a Premium Private Elder Care Provider of a flat fee Live in Care as well as 24 hour in home care service. We are experienced at providing both 24 hour care and 24 hour Live in Care.

So call us for a FREE no obligation chat either in, or outside of the nursing home.

We have been extremely satisfied with the care that Mum has received over the past few months especially with the sad circumstances of Brian passing away and we believe the one-on-one care has been very beneficial for Mum.

Eleanor and Katherine are exceptional Live in Carers, compassionate and adaptable to Mum’s needs.

I would like to thank both Eleanor and Katherine personally, if this is ok, and would also be happy to write a testimonial about our experience with Daughterly Care.

Need more information? To know more about us, read why we started Daughterly Care, and take a look at our services. Meet the stars of our business, our in home carers and High Care Case Managers.

The next step is easy … contact us for a confidential chat about your needs or to organise your, free no obligation consultation email claireg@daughterlycare.com.au or call us on (02) 9970 7333.

We care for various conditions, but not limited to...