The little girl behind the Lamberts’ $33.7 million donation

Home/Inspiring/The little girl behind the Lamberts’ $33.7 million donation
­
Previous Next

The little girl behind the Lamberts’ $33.7 million donation

The largest ever donation to an Australian University was made by Joy and Barry Lambert to fund research of medicinal cannabis.

$33.7 million was given to Sydney University to kick-start the Lambert Initiative for Cannabinoid Therapeutics. The donation will hopefully advance the research into medicinal cannabis, which currently is assisting Joy and Barry Lambert’s granddaughter’s condition of Dravet syndrome. Sydney University’s research could contribute to the government re-address Australia’s laws about the benefits of medicinal cannabis. 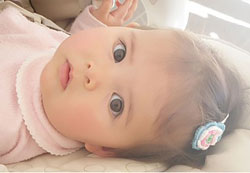 You probably didn’t realise Joy and Barry Lambert are my parents and the catalyst for the donation is my beautiful niece Katelyn, pictured on the left.

Katelyn has a genetic mutation which means she has one letter missing in her DNA. This means, when the electrical impulses sent from her brain, to tell her body what to do, arrive at the gap, the electrical pulse diverts into the watery cell and electrifies her brain (seizure).

Katelyn has a range of seizures, the most dangerous being the clonic tonic seizures which cause brain damage. Medicinal Cannabis ‘CBD Oil’ has dramatically reduced these seizures and therefore, reduced Katelyn’s potential brain damage and care costs.

Unfortunately, standard but very powerful medications have not prevented her seizures. This is the case for most children with Dravet, which is a type of epilepsy.

In this Sydney Morning Herald article link my brother, Michael (Katelyn’s Father) talks about Dravet syndrome and why he had no choice but to find another solution to standard medications.

All drugs come from plants and most people probably don’t know that the human body uses cannabinoids. Medicinal Cannabis has been UNDER RESEARCHED because of its illegal status and recreational drug use stigma.

The Lamberts are against recreational drug use and we are keen to see it properly researched for many possible solutions. To find out more about Barry Lambert’s decision and story, click on this Financial Review article link.

Aside from childhood epilepsy, I am personally interested in the medicinal cannabis research they have been doing into rats who were genetically given Alzheimer’s disease… and the findings of what happens to the rats’ brain once they are given compounds from the cannabis plant.

One can only hope and try for a positive outcome to Katelyn’s illness and, Mum and Dad’s (and my 13+ years) of hard work building Count Financial. I’m very proud of my parents’ generosity.

Please leave a comment below if you know of anyone who has a similar illness as our beautiful Katelyn or you would like to offer some words of support. 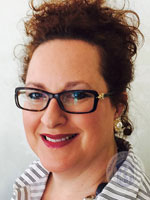