Happiness is a choice at Christmas and all year round

Happiness is a choice at Christmas and all year round

Christmas preparations can be a busy time, particular as Christmas day approaches…

My gift to Elderly dementia clients and their families is…

“I wish you the wisdom, acceptance, love and peace that the experience of this loving son caring for his mother with dementia developed.”

(Apologies for his American spelling.) 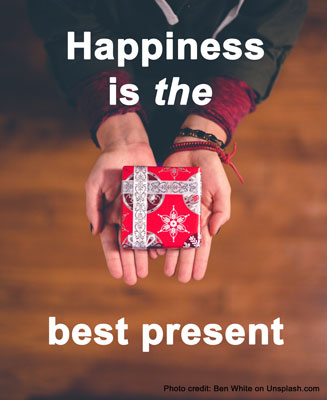 As busy as you are…please take 5 minutes to read this touching story.

It’s a helpful reminder that carers still have choices.

This article was written by Bob Demarco, an American gentleman who cared for his Mother. His Mother lived with dementia and he founded the Alzheimer’s Reading Room.

It is very difficult to understand and comprehend that people living with Alzheimer’s or a dementia are deeply forgetful.

The holidays can be a very difficult time for Carers who care for people living with Alzheimer’s disease or a type of dementia. At times, they can feel sad during a time that is festive and joyful on Christmas or Hanukkah.

The thing is… We actually get to choose whether we are happy and sad.

In the first few years, instead of Christmas being a happy day for me and my Mom it turned into a day of sadness.

I would go to great lengths to get my Mom a bunch of small gifts and wrap them. A watch, a bracelet, earrings and some nice cloths. Then much to my chagrin she showed very little reaction while unwrapping the gifts. This broke my heart.

After a few years, I finally realized it was not about me – it was about my Mom.

It was up to me to find a way to make it a happy and special time for her, not the other way around. Once I had found my way into the Alzheimer’s World, I realized that my Mom was deeply forgetful.

She just didn’t know it was Christmas. She forgot. She was nothing more than deeply forgetful.

I decided it was up to me to find a way to make Christmas Day, and the Christmas Season meaningful to her. The result – I stopped being heartbroken.

I took my Mother downtown to see the 100 foot tall Christmas tree that was there every year in Delray Beach, Florida. She was always mesmerized by the gigantic size of the tree. She just couldn’t believe her eyes.

Afterwards, I took her for a ride on the old carousel which is adjacent to the tree. 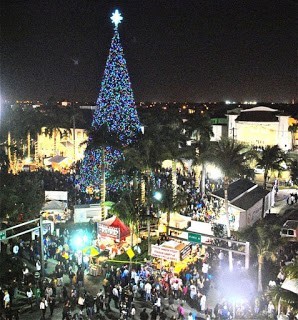 On other nights, we drove around in my car and visited the Christmas light displays. After a while, I learned it was a good idea to get out of the car and let my Mother have a good look at her favourite light displays. Lo and behold, people approached us and start a conversation with my Mother. She eventually turned into a well-0socialized person. This proves conclusively that people living with Alzheimer’s are perfectly capable of socializing and they enjoy speaking to people.

(Residents of Cambage Court, Davidson, have invited Elders to their 95,000 light display and choirs.)

2. I Learned How to Buy Christmas Gifts that Dotty Liked

I had to think about it for a while but my Mom, Dotty really liked those stuffed animals that sing and dance. You know the kind where you press a button on their hand or foot and they spring into action.

The best one ever was bought by my Sister, Joanne. It was Snoopy dressed-up as Santa Claus. Not only did Snoopy sing a Christmas song, he danced. Well, actually he shook and moved around a bit. I wrapped it back up, each and every year, and Mom never seemed to notice. We did use it throughout the year and she loved it every time. Around November I would put it into storage for a while so she had a break from interacting with the toy.

Baby dolls work like a champ as well, as an alternative to a toy that sings and dances.

I finally learned that cooking all day long to make a feast for Christmas was an exercise in futility when it came to Mom. So I asked myself what does she like to eat most, and what will make her happy?

There were 2 answers for this question. Philly Cheese steak and Linguine with white clam sauce.

Our favourite Italian restaurant was not open on Christmas day. But our favourite cheese steak place was so away we went.

Sadly, we don’t have that anymore here in Delray Beach, but what we do have is the Gingerbread House Decorating contest on December 21. If Dotty was still with us, we would have to check that out.

If you are going out, turn it into an adventure. Do you complain you never go out? I did. Then I finally realized that I could live my life if I helped Dotty to live her life. You actually start meeting interesting people when you get out in the world. Don’t worry, they will come to you – or I should say the person that is deeply forgetful.

4. Okay Let’s Get Down to the Basics

People living with dementia are deeply forgetful. Nothing more, nothing less. They are still capable of having fun. It is up to you to identify what it is they like to do.

What kind of food makes a person, who is deeply forgetful happy? One thing for sure – ice cream. Go get some ice cream and turn the entire trip into an adventure. What flavour? Dotty liked every flavour.

Once you start to understand that a person living with dementia is forgetful you might just get into a mode of helping them and not making it about you and how you feel when they can’t remember something.

It really is about what you can do to help them feel happy and connected to the world. You might start by asking yourself: who, what, when, where, why and how.

Perhaps you are thinking or feeling that a person living with Alzheimer’s or a dementia condition is a person who is deeply forgetful and is no longer capable of loving you. I think you are wrong. Here is why.

When you go out or you are away from you Loved One, do they constantly ask where you are? Do they get angry if you leave them alone? Obviously, this is an expression of emotion, isn’t it?

Does it seem like they can’t live without you? I bet it does. If so, there is only one conclusion that you can come to: 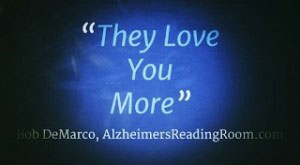 I would love to hear your experience of what makes a lovely Christmas Day for a Loved One who is living with dementia.

Don’t worry your email address is never published plus, you don’t have to complete the website address field! 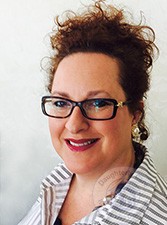